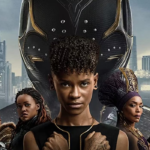 “Black Panther: Wakanda Forever” is a chick flick, but not in the way you’d expect. This time around the women are the warriors and they run the show following the tragic (real life) death of Chadwick Boseman and the mysterious death of the Black Panther. I don’t know how they could do it, but we really need to see another Black Panther movie shoehorned in between the last … END_OF_DOCUMENT_TOKEN_TO_BE_REPLACED 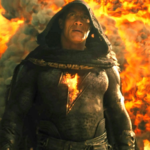 Black Adam scores a much-needed hit for the DC Comics movie universe thanks to a strong cast led by Dwayne “The Rock” Johnson and a comic book inspired script. This is a film that non-comic book fans will be able to understand and follow, but will make comic enthusiasts flip their capes. There are Easter eggs everywhere and some serious screen time for lesser lights of the … END_OF_DOCUMENT_TOKEN_TO_BE_REPLACED

The new Thor film movie Thor: Love and Thunder could have just as easily been called Lightning and Laughter. Either way, it would be a hit. Chris Hemsworth reprises his role as the Norse God of Thunder, trying to figure out his place in a universe which has become increasingly complicated. He was last seen in Avengers: Endgame in 2019, where he was not quite the … END_OF_DOCUMENT_TOKEN_TO_BE_REPLACED Remember reading those early adventures of Dr. Strange and wishing you could see artist Steve Ditko’s crazy reality-tearing images on the big screen? Turns out, you can. Using the universes created by the late Ditko as a canvas, Dr. Strange in the Multiverse of Madness opens the door to the next phase of the Marvel Comics Universe, and it’s amazing. Dr. Strange, which … END_OF_DOCUMENT_TOKEN_TO_BE_REPLACED

The latest cinematic excursion into the Batman franchise is a rather overlong dip into the past, featuring a youthful Bruce Wayne in his second year as the caped crusader. It ignores all previous Batman films and sets up a new, and welcome, Batman universe. His primary adversary in this rather convoluted film is a new version of an old villain, The Riddler (Paul Dano.) … END_OF_DOCUMENT_TOKEN_TO_BE_REPLACED