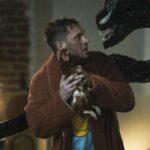 Venom: Let There Be Carnage has everything a comic-loving moviegoer could ask for in a sequel: a logical story, well-placed humor, excellent acting, and brilliant special effects. In a nutshell, it’s as good as the first movie, Venom, was bad.  Sony Pictures, clinging to its tiny piece of the Marvel movie empire, had the courage to release the sequel during a pandemic, which … END_OF_DOCUMENT_TOKEN_TO_BE_REPLACED

Shang Chi and the Legend of the Ten Rings is Marvel’s latest foray into the new cinematic cycle without powerhouse actors like Robert Downey Jr., Scarlett Johansson, Chris Evans – and it is a masterpiece. Shang Chi, a stalwart hero from Marvel Comics since his introduction in 1973, has been through many changes -- including the cancellation of his own series – and … END_OF_DOCUMENT_TOKEN_TO_BE_REPLACED 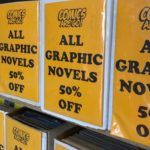 This is a fine time to up and abandon us. For some crazy reason, comics have been relegated non-essential during our tine of viral crisis! Seriously? Non-essential? Clearly, the people responsible for that decision never read comics. The latest news is Diamond Comic Distributors has announced that they will not be shipping comics to shops until further notice because … END_OF_DOCUMENT_TOKEN_TO_BE_REPLACED 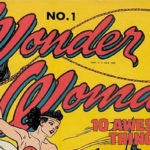 It's Drudgler's 10 Awesome Things - Wonder Woman Edition! This is the first of a series of 10 Awesome Things posts and it's entirely appropriate that it's about My Weird Fantasy, an Amazon Princess. I barely remember the first time I read a comic book. I must have been about 6 or 7 and I think it was a Sad Sack comic. I also can't remember the first time I fell in love, … END_OF_DOCUMENT_TOKEN_TO_BE_REPLACED