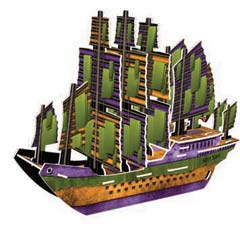 It was about a half an hour before closing up.  A couple I hadn’t seen before walked into the store.  They were in a cheerful mood, joking around with each other, holding hands.  But as they wandered further in, they both got a puzzled look on their faces.  I could hear them whisper.

“It looks different in here, doesn’t it?”

“It does.  It’s cleaner.”  She chuckled to herself as she said that and I couldn’t help but smile too.  Clearing away the dust and the cobwebs and getting rid the sun faded and shelf weary merchandise had been my contribution to the shop.  This was the first time I had actually heard a customer notice my efforts.

They made their way to the counter and we introduced ourselves as the new owners. They greeted us warmly and she commented again about how nice the store looked.  He had other opinions.

“It’s not for me.  I like clutter.  I enjoy digging into a place. Find the hidden treasures.”

Just the day before we had all of the lights in the back replaced.  It wasn’t ready for the public by any stretch, but you could see everything back there finally.

“Well, if you want to dig through clutter, please be my guest.”  I gestured him through the door into the back and as soon as he stepped through you could tell this was what he was looking for.

Shelves and shelves and shelves reached to the ceiling, loaded with unmarked boxes  Eric and I had been through quite a bit of the back room, but not all.  There was still plenty to do.  Our customer hummed to himself as he opened cartons and untied bags.  His wife stayed in the front of the store, reading.   Eventually he came across a small white box on top of a pile and inside he found one card with pop out pieces from the game Pirates by Wizkids.

“Do you have more of this?”

A few weeks earlier I had been going through part of the store that was all loose game pieces:  HeroClix, HorrorClix, SportsClix, and a whole box of Pirates.  So, yeah, we had more of that.

I pulled the box off the shelf and handed it to him.  At the gaming table, he reverently opened it, made an audible gasp and called to his wife, “Honey, come see what I found!”  Within moments our two customers had that box of Pirates spread out all over the big table.  They knew everything about the game and shared with us its history and how the game was played.  They could tell the difference between the runs of the cards.  They knew rare pieces from common.  This game was their passion and their excitement was contagious.

An hour later, after great conversation and a valuable lesson in what we had, the couple left with a stack of new found treasures to add to their game collection. They promised to come back to curate and appraise the rest of the collection.